Oops! It appears that you have disabled your Javascript. In order for you to see this page as it is meant to appear, we ask that you please re-enable your Javascript!
Home > Sony > Xperia Z3 Plus Android Marshmallow firmware certified 32.1.A.0.434

Sony UK already announced that it will start rolling out Android 6.0 Marshmallow firmware update to its list of devices starting from 7 March. Today PTCRB has certified a new firmware for Sony Xperia Z3 Plus with build number 32.1.A.0.434. The latest certified firmware is based on Marshmallow OS.

The Xperia Z3+ is currently running on Android 5.0.2 Lollipop firmware with build number 28.0.A.8.272. So, the device will be directly upgraded to Marshmallow skipping the Android 5.1 update.

If the certified firmware is the final stable release, then we can see the same build number to other Xperia smartphones and tablets (Xperia Z5 and Xperia Z4 tablet). 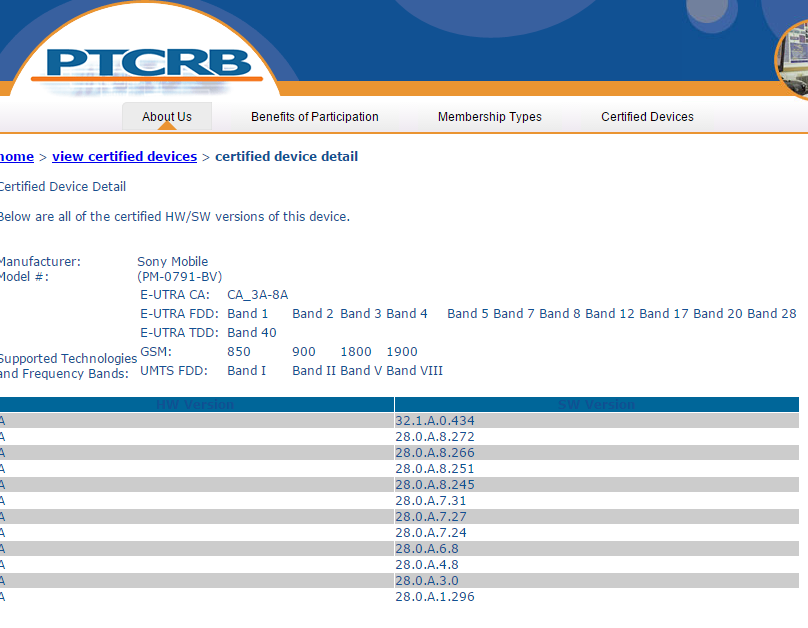 Stay tuned as we will update once Sony officially released Marshmallow update to its range of smartphones.