Oops! It appears that you have disabled your Javascript. In order for you to see this page as it is meant to appear, we ask that you please re-enable your Javascript!
Home > Gadgets News > Nokia N1- Android 5.0 Lollipop running Tablet launched

Nokia on Tuesday launched its new tablet running on Android 5.0 Lollipop, the Nokia N1. Apart from Lollipop OS, the device will be running Nokia Z launcher on top. It seems that Nokia brand is dead, but today it again remains in competition with its new launch. The device has got quite similar looks like the Apple iPad Air due to its Nokia Z launcher. The gesture-based Nokia Z launcher can be downloaded from Google Play Store for free. 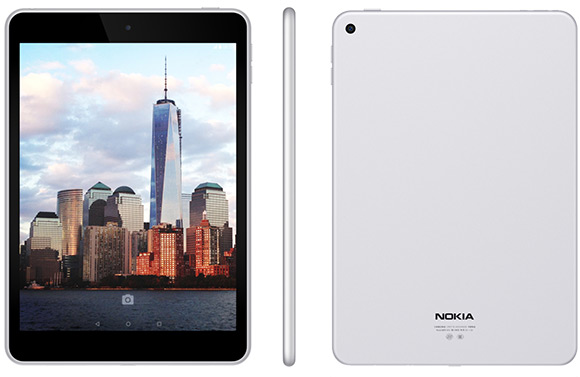 Considering the specs of the tablet, it has 7.9-inch display with 2048 x 1536 pixels resolutions and also has Gorilla Glass 3 protection on top. It is powered with 64 bit 2.3GHz Intel Atom Z3580 processor and coupled with 2GB RAM.

The Nokia N1 tablets also comes with 32GB internal storage, 8MP rear camera, 5MP front camera and there is 5300 mAh battery on the back to power the device.

The Nokia N1 Android Lollipop tablet comes in Natural Aluminum or Lava Gray colors and has price tag of $249. The tablet would be launched first in China in Q1 2015 and then it will be available to the other parts of the world.