Oops! It appears that you have disabled your Javascript. In order for you to see this page as it is meant to appear, we ask that you please re-enable your Javascript!
Home > Android > Firmware > Verizon Samsung Galaxy Note Edge Android 5.0 Lollipop update LRX22C.N915VVRU2BOF2

Before Samsung unveiled the Galaxy S6 Edge with two curves sides, there was Galaxy Note Edge who graced the world. But the smartphones has only one curved side, when compared to Galaxy S6 Edge having curves at both the sides. 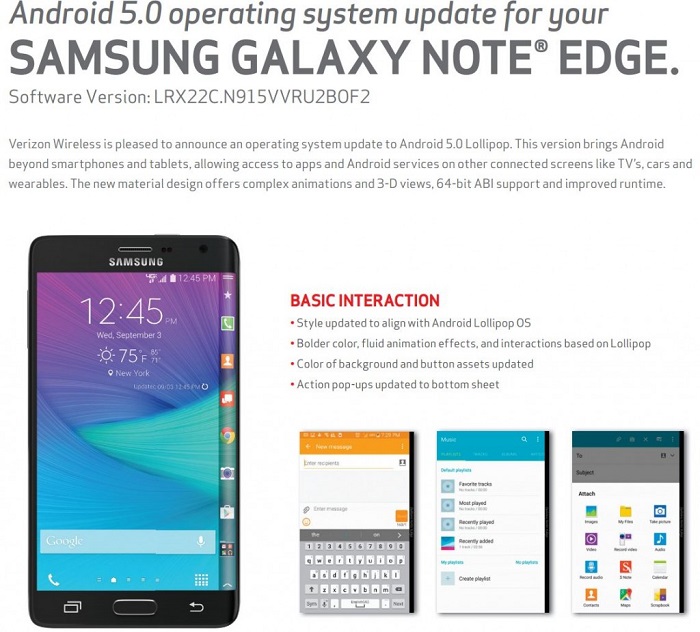 The Lollipop update brings new features and improvements in performance of the device. So for detailed changelog list, do check the below source link. If you still doesn’t received the OTA update, then wait for a day or two as the updates takes times to appear on your smartphone.