Oops! It appears that you have disabled your Javascript. In order for you to see this page as it is meant to appear, we ask that you please re-enable your Javascript!
Home > InFocus > InFocus Bingo 50 is InFocus 3GB RAM phone with Android 6.0 Marshmallow

InFocus on Tuesday launched Bingo 50, its latest budget Android smartphone in India. It is the company third Android smartphone in the “Bingo” series, earlier Bingo 21 and Bingo 20 devices were announced. The device has 3GB of RAM which boost the performance of the handset and includes 4G LTE connectivity. 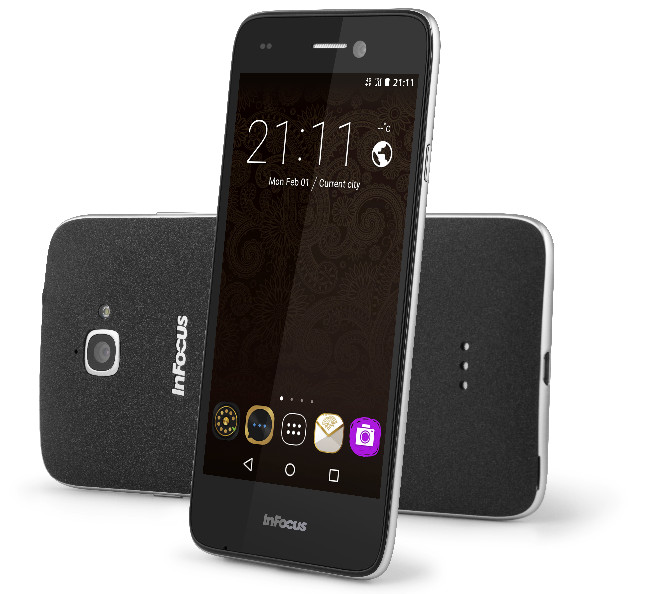 The InFocus Bingo 50 has dual SIM support and sports a 5-inch HD (1280 x 720 pixels) IPS on-cell display. It is powered with quad-core MediaTek MT6735 processor clocking at the rate of 1.3GHz and is coupled with Mali-T760 GPU.

There is 3GB of RAM for better multi-tasking feature, includes 16GB onboard memory (expandable up to 64GB with microSD) and runs on Android 6.0 Marshmallow out-of-the-box.

The device equips with 8MP rear facing and front facing cameras with f/2.2 aperture. There is 2500mAh battery on the back and includes connectivity features like 4G LTE/3G HSPA+, WiFi 802.11 b/g/n, Bluetooth 4.0 and GPS.

The InFocus Bingo 50 is priced at Rs. 7,499 and comes in Sandstone Gray and Leather Black version. The device will be available exclusively on Snapdeal starting from March 20th. Interested users can register for sales starting Tuesday. Company is also offering a free Rock selfie stick worth Rs. 1000 for the first 1000 buyers.